The Most Humane Way to Kill a Fish (A Simple Guide) 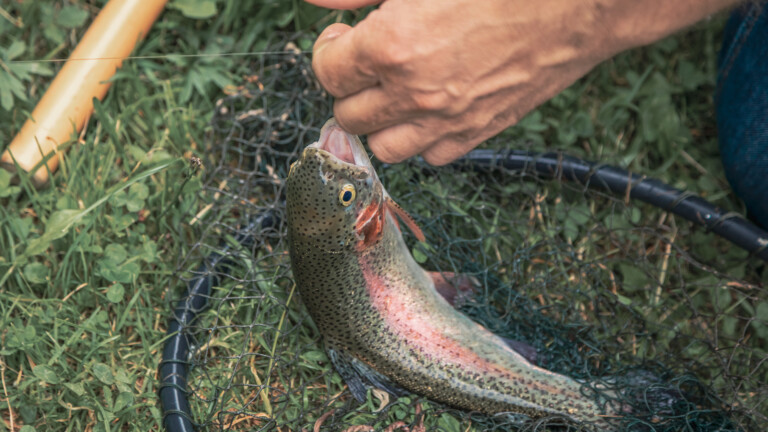 The best anglers are those who treat their catch humanely. Those anglers have respect for the fish they catch and eat what they harvest.

Surely, you’re among those anglers who want to treat fish humanely when fishing. Causing the fish pain or leaving fish gasping for air on the riverbank or in the bottom of your boat is not only inhumane, but it can affect the taste of the fish and how well it can be frozen for later eating.

Here we look at the most humane way to kill a fish once it's been caught. Whether you are new to fishing or not, knowing how to kill a fish humanely is crucial to respect the craft and fish.

The Sooner The Better

Once you have reeled in your catch, you should be thinking about the best way to kill the fish. After all, hauling in a salmon from Lake Michigan doesn’t kill the fish. The salmon has only been taken from its environment, usually after a fight.

According to Addicted Fishing, the first factor in killing a fish in the most humane way possible is timing. Since fish can’t breathe outside water, quickly killing the fish is the most humane option. You don’t want the fish to be gasping for air flopping around on the shore or at the bottom of the boat, strung on a fish stringer.

Neither of those is humane. If your fish is just flopping around, it will either get in your way or might even flop back into the water, so that option isn’t in your best interests as an angler looking for dinner.

In a cooler full of water, the fish is hemmed in and kept from doing what a fish does – swim freely and pull oxygen from water. That’s not humane, and neither is keeping a live fish on a stringer.

The Most Humane Way to Kill a Fish

You have to be cruel to be kind, the old saying goes, but humanely killing a fish isn’t being cruel. If you plan to eat what you catch, killing the fish in the most humane way possible is kind and respectful to the fish. You do need to act quickly, decisively, and with the strength to put the fish out of its misery.

Here are the steps you should follow to treat your trout or crappie in the most humane way possible. You’ll need to prepare beforehand, so you have all the tools you need at hand after reeling in your catch. Make sure you have a sharp fishing knife as well as a rock or solid piece of wood, perhaps the handle of a sheathed knife or a stick, to kill the fish.

If You Aren’t Keeping it - Catch and Release

First, if you catch a fish you don’t want to eat, let it go. Let the smaller fish go back to the water and grow large enough to harvest later. Remove the hook and toss those fish back into the water.

If You Are Keeping it - Act Quickly

Once you have a good catch, plan to kill it humanely as soon as you get it into the boat or onshore and while it still has a hook in its mouth.

You should deliberately hit the fish hard with a rock or stick, striking it just behind the gill plate and eye. This is a killing blow to the fish, so make sure to strike with force. We recommend a second hard blow if you are not sure the fish has been killed with the first strike.

This method of killing fish is fast and humane since the fish would be killed quickly and wouldn’t suffer. Using force for the blow is important because otherwise, the fish is suffering during an incomplete kill.

Keeping the fish you caught on the line and with a hook still in its mouth gives you more control when killing your catch in the most respectful way possible.

If your catch is off the line, controlling the fish will be difficult, and you might be wrestling with it as you’re trying to deliver the blow behind the gill plate. This will mean you’ll be hitting with less force and might not kill the fish as quickly.

Plus, without being on the line, the fish will do more flopping around and might fall back into the water and escape the frying pan, which you don’t want to see.

Once you’ve struck the fish, slice open the gills and put the fish back into the water briefly to let it bleed out. Quickly getting the blood out is the key to your catch not having a fishy taste. Excess blood in your fish will also increase the odds of it getting freezer burned if you plan to freeze it.

Following the fish’s lateral line of its underbelly, push the blood toward the gills to move this process along.

Starting at the fish’s anus, cut with a quick ripping motion, taking care to not ruin any eggs, in case you want the roe. Clean out tissue and blood, rinsing it in water, place it in an ice-filled cooler for later, or prepare it for frying or grilling if you’re heading straight from fishing to cooking.

Conclusion - Doing It The Right Way

Anglers who plan to cook or stock their freezers with what they catch should plan to kill fish as humanely as possible, making sure that the fish is in as little pain as possible and that any fish too small to harvest are released into the water.

Treating fish with respect is part of being a conscientious angler and makes fishing more enjoyable for everyone.

Being prepared by having the right tools at hand and knowing how to kill a fish in the most humane way possible will ensure that you’re respecting the waters and creatures living there. It is a common practice of a responsible angler. 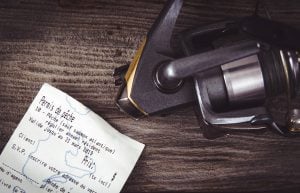 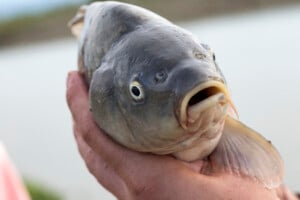